Tonight we went to dinner at a nearby community center, and I was expecting to see people from so many different countries. Instead, it seemed that most of the other guests were Dutch people over the age of 70 - when we walked in, it felt like everyone was looking at us. Thankfully after a while some other foreigners came. (The irony of this is that I actually look like the majority ethnicity...I just caught myself about to imply that non-whites are not Dutch, regardless of how many generations they've been here.  Oops. Gotta work on that.)

R. overheard someone at the other table, and suddenly I heard him offering my services as translator from Dutch to English. No preparation, nothing.  Just on-the-fly interpretation in front of a group.  Well, here goes, I guess.

Adel from WE Organization shared a bit about how he went from Syria to Lebanon to study law.  Later with the conflict in Syria, he just tried to survive there in Lebanon, but there was a lot of discrimination there, so he left. "I got to Holland the same way you see on TV - a rubber boat, then on a truck...."  (Say whaaattt? It never ceases to surprise me when I meet someone who's actually made such a perilous journey.) He's mostly around other foreigners, and a lot of Dutch people speak English, which has not really forced him to learn Dutch.  Hence why I was translating.

Honestly, hearing his story made me confront my idea that refugees are poor and uneducated.  In the back of my mind I know this to be false, but you see otherwise in the news.  Adel studied LAW - in the US, studying law is usually a sign of high intelligence and prestige, though I think sometimes people have a different view of lawyers.  He speaks really good English, and he's started his own organization here.  (Why exactly would countries turn away refugees with this kind of social-impact initiative?? Seriously, check out their website)

I also met two young women who have just started their own strings duo, playing the oud (pronounced "oot" or "ut") and kemenche together.  E. is from Turkey and has only been here 2 years.  She and I spoke mostly English together.  Her fellow musician Jawa is from Syria and has been here 3 years.

It was a good evening, with only a few hiccups - they didn't have a high chair for our 16 month old, and our 3.5 year old dug around in a box of bottle caps while the strings duo was playing.  But most of the time the kids entertained others by just being their cute little independent selves. :)

However, there was one older man who was shocked and a bit upset that Adel had been here 3 years and still couldn't speak Dutch and "wasn't integrated."

I wish I had spoken up and said something to that guy. Seriously, it takes a LOT longer than that to learn a language.  Think of a baby.  An 18 month old can understand your language, but can't really speak it.  A 3 year old can speak your language (albeit with humorous mistakes), but can't read or write it.  A 5 year old is finally learning to read and write, but certainly isn't reading the newspaper or writing their CV/resume.

Sometimes it goes faster, depending on if you've already learned (how to learn) other languages, or if the target language is closer to your first language. So yeah, don't get yourself in a tizzy if someone can't speak your language after 3 years.

I'd like to do something like this again - the international dinner, that is.  And maybe even the on-the-fly interpretation into Dutch.  :) But for sure, I want to stand up for others!
Labels: refugeeswelcome 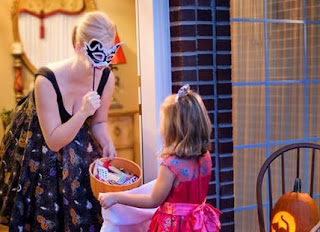